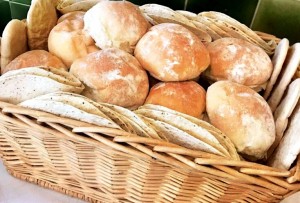 Year after year, a group of hardy souls don their wetsuits, brave the cold water of their local lake and take the plunge every May bank holiday to see who can reach the other side first! Whilst that might not be everyone’s ideal way to spend their extra day off work, for this plucky bunch, it is just as integral to their bank holiday ritual as barbeques and trips to the garden centre might be for other people. There is no prize for the winner of the race, other than a sense of achievement (and the chance to lord it over their fellow freshwater swimmers for the rest of the year!) but taking part in this yearly event is very important to everyone involved. Annual traditions are great, especially ones that keep you fit in the process, and whilst the swimmers didn’t want to alter the swim in any way, they all felt that they wanted to add something extra to the day. Rather than just patting each other on the back, drying off and going their separate ways as they usually do, this year they decided to make a day of it and have an after-race party back on dry land. After all that exertion in the teeth-chatteringly cold water, they wanted some hot, hearty food that was freshly prepared at the lakeside. They hired Hog Roast Brough to do the honours because we can provide the best of both worlds-high quality food that can be cooked outdoors at any location!

We set up our versatile hog roast machine on the jetty at the other side of the lake and made sure the slow-roasted meat, warm new potatoes and seasonal vegetables were ready to be served as soon as the race was over. We certainly didn’t envy the 30 swimmers as we watched them dive in and we were glad to be cooking in the sunshine under Hog Roast Brough’s portable catering gazebo! It was neck and neck between two of the swimmers as they neared the finish line, but by a single stroke, Sally was declared the winner! Sally had done the race for the last 5 years but she had never won before and she was absolutely thrilled! As our filling food rejuvenated everyone’s cold and tired limbs, Sally told Hog Roast Brough that is was the thought of tucking into our delicious spread that made her even more determined to get there first!